“Thanks to support from Senators Warnock and Ossoff, we have the opportunity to get this bill signed into law this summer,” said Mike Worley, President and CEO of the Georgia Wildlife Federation. “Georgians can take pride in the fact that we are doing our part to avert a looming wildlife extinction crisis. This bold, bipartisan bill will tackle the problem at the scale that is needed, without raising taxes or creating new regulations.” 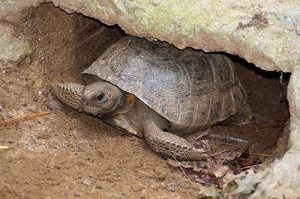 The bill would provide $27.4 million for the Georgia Department of Natural Resources to fully implement the state’s Wildlife Action Plan. More than 640 Georgia species would benefit, from bobwhite quail and gopher tortoises to Georgia aster and Cherokee darters.

Dr. Jon Ambrose, chief of DNR’s Wildlife Conservation Section, explained that the plan is a statewide, partner-supported strategy to conserve native wildlife and natural habitats before these animals, plants, and places become rarer and more costly to save or restore.

The Senate bill currently has 36 cosponsors, including 16 Republicans. The Senate bill has notably strong support in the Southeast — Alabama, Tennessee, Mississippi, Florida, North Carolina, South Carolina, and Arkansas all have at least one Senator backing the effort.

“The Georgia stamp of approval from both Senator Ossoff and Senator Warnock will be a key reason why this bill makes it to the president’s desk,” said Collin O’Mara, president and CEO of the National Wildlife Federation. “There’s no such thing as a Republican white-tailed deer or a Democratic brook trout and this bill shows that wildlife conservation can still bring Congress together, even in these divided times.”