The Great American Outdoors Act is a Victory for Georgia 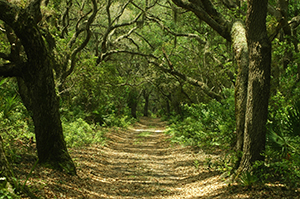 Covington, GA – The Great American Outdoors Act, which was officially signed into law at a White House ceremony, is the most significant conservation legislation in a generation. It will protect wildlife habitat, conserve public lands and waters, and expand outdoor recreation opportunities across our state – and across the nation. The law, which was passed by overwhelming bipartisan majorities in Congress earlier this summer, will permanently fund the Land and Water Conservation Fund and will provide up to $1.9 billion a year to address deferred maintenance issues at our national parks, forests, wildlife refuges, and other public lands.

“The Great American Outdoors Act is a truly historic, bipartisan conservation accomplishment that will protect wildlife habitat, expand recreational opportunities, restore public lands and waters, and create good jobs,” said Collin O’Mara, president and CEO of the National Wildlife Federation. “Time and again, our leaders have shown that conservation can not only bridge the partisan divide but also put Americans back to work and safeguard wildlife and our way of life for future generations. Congress should build on this bipartisan achievement by jumpstarting our post-COVID 19 economic recovery by passing additional job-creating measures such as a 21st Century Conservation Corps and the Recovering America’s Wildlife Act.”

For the past six years, the Georgia Wildlife Federation and the National Wildlife Federation helped lead the charge to permanently reauthorize and fully fund the Land and Water Conservation Fund. The bipartisan triumph of the Great American Outdoors Act is very much the result of the hard work of our members, affiliates, and partners, who spoke with their elected officials, wrote letters, and kept up a steady stream of advocacy for this important program.