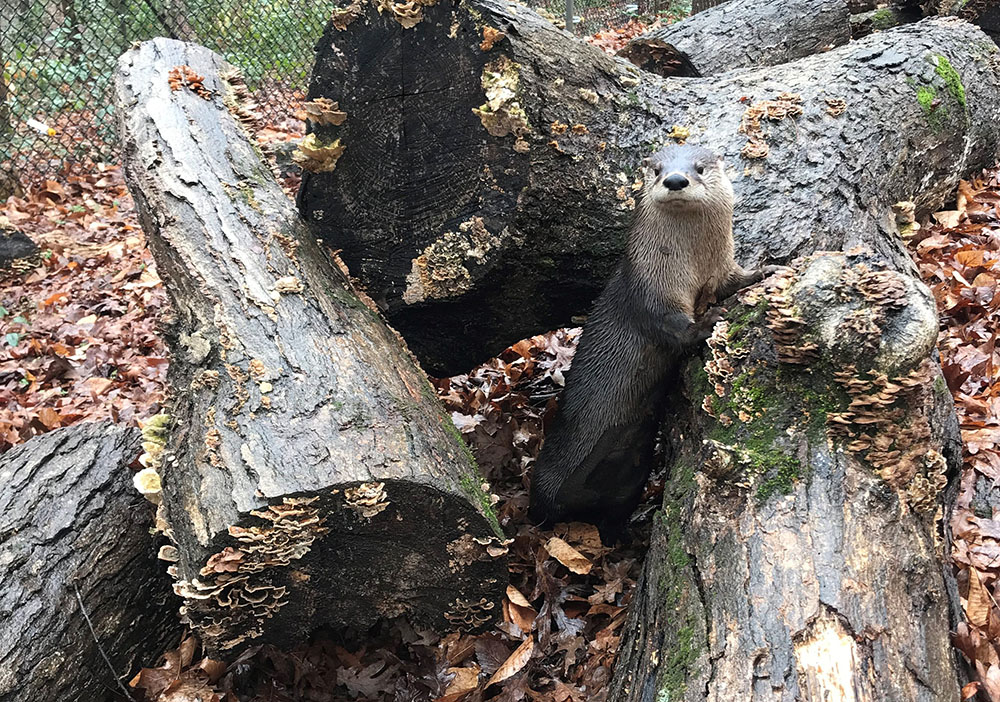 When most Georgia residents hear the word “otter”, they tend to overlook our native species and focus on the marine mammal, the sea otter or Enhydra lutris. While these fuzzy aquatic carnivores are vital to their ecosystem on the west coast and east Asia, did you know that we have our own native otter found right here in Georgia?

The North American river otter, Lontra canadensis, is one of Georgia’s own semi-aquatic mammals that can be found just about anywhere in North America. While river is in their name, river otters require only a year-round food source. This food source can be found in marshes, swamps, estuaries, and of course rivers. While river otters are known to sleep in dens near their food sources, river otters tend to opt for “home renovations” rather than building their own dens. They will quickly take over abandoned burrows created by other animals or repurpose a fallen tree to create the perfect hideaway for their babies, also known as pups.

The diet of river otters varies heavily with where they decide to live; most of the time, this consists of aquatic invertebrates and fish, but sometimes they will hunt for their meals on land. River otters are predators, with their sharp bite and long-tail helping them to keep up and catch their prey. Much like cats, river otters will occasionally use their whiskers to sense and detect their prey before the chase begins.

While their cute face and charismatic personality make river otters popular among aquariums and zoos, they also play a large help in their ecosystem. River otters are great bioindicators for pollution in their home ranges: when there is a lack of good habitat, they will simply leave the area. This reaction, as well as the dense number of otters we have, allows researches to know when an area is having some trouble and rehabilitation is needed to protect the area. This ability to evaluate land quality not only benefits the otters that use it but protects the smaller and more vulnerable species that may not show distress, making river otters watershed heroes.

The following information was gathered from: