Ask Your US Representative to Help Bring $27.8M to Georgia 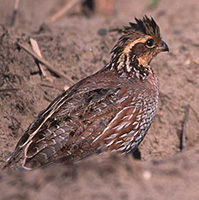 Can you fathom Georgia without quail? or songbirds? A major new study in the journal Science has found widespread declines in bird numbers since 1970. Today, three billion fewer birds fill the skies—a 29 percent decline.

Meadowlarks, sparrows, finches, warblers, swallows, and Georgia’s bobwhite quail are among the birds in trouble. Their loss affects us all since birds provide key services from dispersing seeds to controlling pests. But it’s not just birds that are in trouble. An assessment of the best-known groups of U.S. plants and animals indicates that as many as one-third of America’s species are vulnerable, with one in five imperiled and at high risk of extinction.

There was one bright spot in the study: Waterfowl numbers increased significantly, thanks to waterfowl hunters who pay for wetlands conservation every time they purchase duck stamps or buy gear, guns, and ammunition.

Right now, there is a bipartisan bill that would provide this kind of sustained support to other species in need—the Recovering America’s Wildlife Act (RAWA, HR3742). If it passes, the Georgia Department of Natural Resources will receive $27.8 million dollars every year to help 635 species of troubled wildlife before they face more dire risks.

Will you urge your Representative to champion this commonsense idea so our children and grandchildren will inherit our state’s full wildlife heritage? If you are in Congressional District 1, 4, or 8, please thank Rep. Buddy Carter, Rep. Hank Johnson, and Rep. Austin Scott for co-sponsoring the legislation.