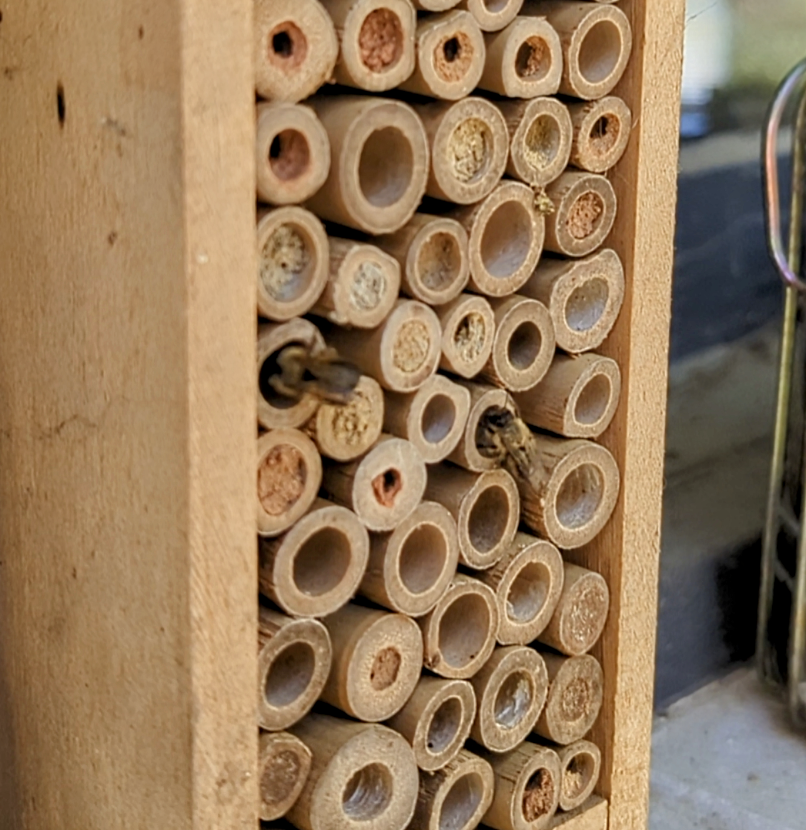 What do you think of when someone says pollinators? It may conjure up images of butterflies floating around a bush full of flowers, or honey bees buzzing away from a hive. These examples are great, but many different taxa are pollinators, including beetles, birds, and even bats. Of course, the main pollinators that most people think about are bees.

In Georgia, there are several species of bees and wasps which are in the order Hymenoptera. Some wasps and hornets are predatory or carnivorous, but most bees are pollinators. Pollinators are particularly important because they contribute to the biodiversity by spreading pollen from one flower to another which fertilizes fruits and seeds to propagate a wide variety of plants.

Scientists and land managers have long known about the benefits of prescribed fire and pollinators working in tandem to increase biodiversity, but recently, researchers have made some really cool discoveries about bees and their response to fire. Beekeepers have various theories about how smoke effects hives of honeybees including a mimicry of natural processes like a forest fire resulting in a “calming” effect, or smoke masking bees’ sense of smell and prevents the transfer of sensory alarms, as well as many other ideas.

Though it might seem that bees would be burned up if they were on the ground, ground-nesting bees utilize the classic protection strategy of burrowing into the ground. Fires in frequently burned forests have low intensity and low severity, meaning they usually don’t stick around for long enough to heat the soil up past about 2 cm (not even an inch). Bees and other critters that burrow underground are completely protected. 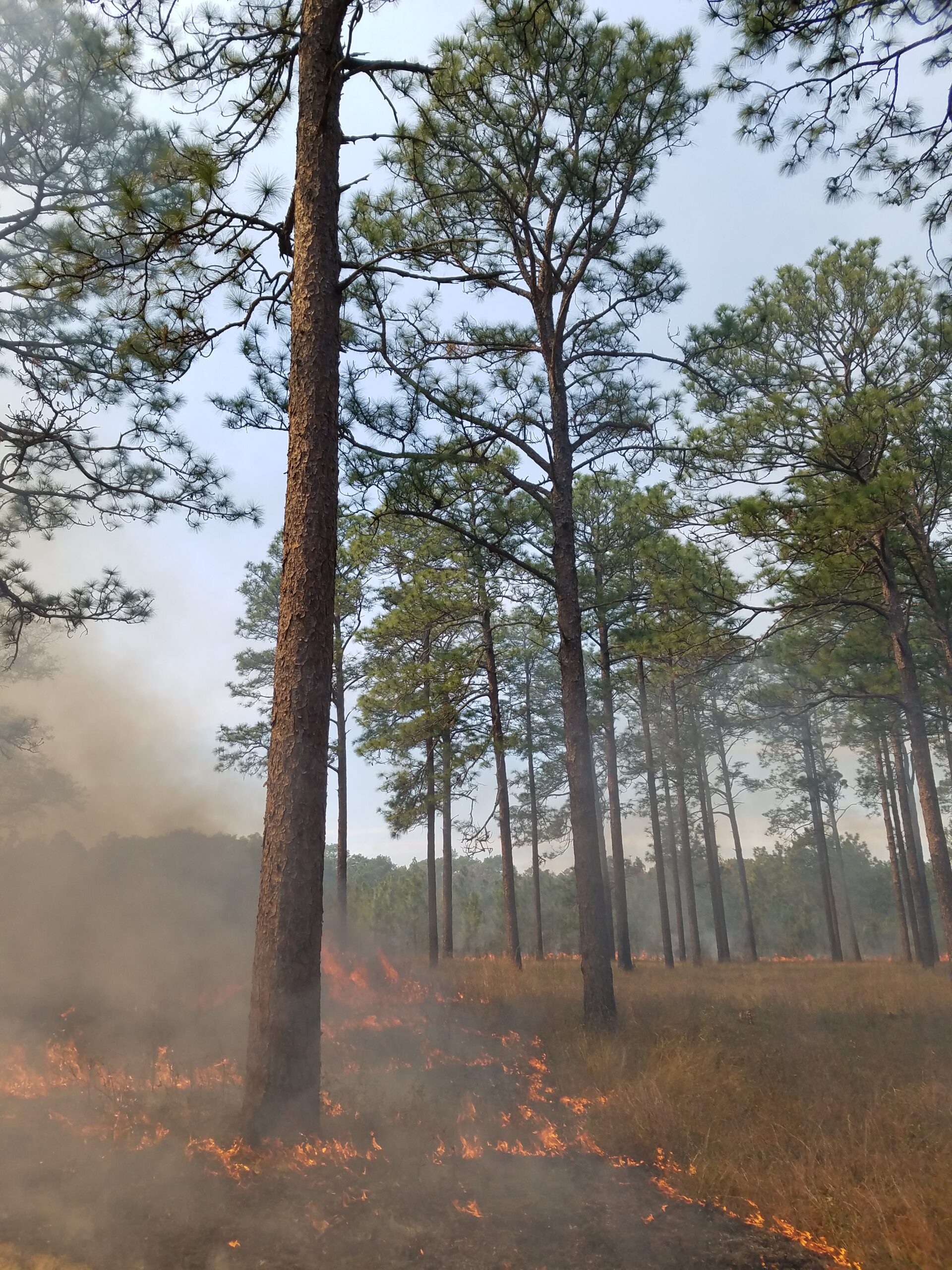 The fires create a disturbance which allows for colonization of new plants and stimulates the growth of resilient plants, resulting in very diverse flora. Bees like to have access to a wide variety of flowers, and help promote those flowering plants with pollination. The most amazing thing about these findings is that it further confirms our assumption that prescribed fire increases biodiversity of flora and fauna. Increasing the number of pollinators is another benefit to conducting prescribed fires.

Recent studies referenced in this article can be found here:

Arthropods and Fire Within the Biologically Diverse Longleaf Pine Ecosystem