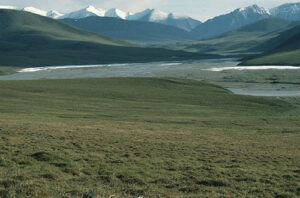 In a letter, the conservation groups noted that “scores of scientific studies have shown that oil and gas drilling in the coastal plain would have devastating impacts on wildlife…” The American people have made it clear that they want this pristine area protected. Major international banks have announced they will not finance energy development in this area because it makes no sense.”

The wildlife refuge was opened to oil and gas development because of a provision in the 2017 tax bill. The letter to Congress noted that this year’s lease sale showed how Congress was misled about the revenue potential of drilling in the Arctic. “The prior administration rushed a lease sale in early 2021, which generated a paltry $14.4 million — well shy of the nearly one billion dollars that the Tax Cuts and Jobs Act estimated the lease sales would raise for the American taxpayer. As a revenue source, the lease sale was a colossal failure.”

The letter concluded by asking senators to correct the mistake they made in 2017. “Opening up the coastal plain to seismic testing, heavy construction of roads and well pads, and a vast pipeline network will force wildlife to abandon the area and will forever change this ecosystem. It will also violate the human rights of the Gwich’in people who culturally and historically have relied on wildlife migrations through the area. It’s time to put the disastrous plan to drill in the Arctic National Wildlife Refuge behind us.”