Hunting Fosters a Deep Connection Between You and Nature 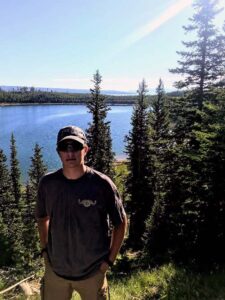 Human beings have hunted for thousands of years. It started as a necessary source of food and has continued throughout the ages as a way of life for all types of people. Hunting allows us to connect to our environment in a way that is slowly becoming lost. As technology drives more efficient domestic operations, and even the development of synthetic meat, the connection between man and nature through the activity of hunting is falling by the wayside. This is why I am so passionate about bringing this activity to more people. I believe that hunting allows people to connect to their food source in ways domestic meat cannot. Experiencing hunting first hand gives new respect for those that had to do this to survive, and allows you to better understand the ecological relationships leading to a deep appreciation.

Historically, people saw animals as an unlimited resource that would never run out and hunted as such for market gain. Many species were exploited to extinction and many others to fractions of their original populations. If it were not for the actions of several conservationists (who were also hunters) many more species may have been lost forever. Because of their actions and the support of many other ethical hunters, laws and regulations were put in place to protect these species for many generations to enjoy. To this day, the vast majority of wildlife conservation funds come from angling licenses, hunting licenses, and equipment excise taxes. Without hunters in the US, the funds for wildlife management are diminished, and the preservation and management of certain species are crippled. While many argue that hunting is a barbaric and irrelevant practice in modern society, I argue that the benefit of legal hunting to a wildlife population as a whole is a net gain over the loss of an individual animal ethically harvested. I love nature and wildlife and responsible hunting contributes to its’ conservation for future generations to experience. 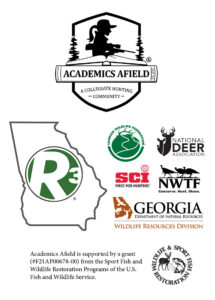 Hunting allows me to be one with nature in addition to contributing to its’ management. It is hard to replicate the feeling of seeing wildlife in its natural habitat, living outside of human influence, but it is an even more surreal experience to harvest that animal for your and your family’s sustainment. It is difficult to describe through words, but it fosters a deep connection between you and nature. It gives a whole new appreciation as to where your food comes from. I would even argue that hunting is more ethical than domestic operations, as the animal is allowed to live a life free from confinement, as they have for millions of years. This is the reason why I chose to study Wildlife Management and the reason why I teach others how to hunt.  I wish to spread the practice of hunting to more people, to further the sustainable and ethical management of wildlife for everyone to enjoy.