The Call of the Bobwhite 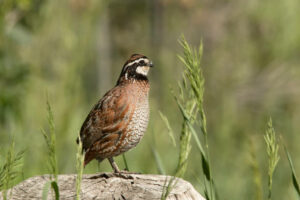 A bipartisan bill would help bobwhite quail — along with thousands of species nationwide.

My love of the outdoors stems from early morning walks into the woods with my dad as we went to hunt. As I grew older, I would listen to my grandfather and dad talk for hours about the prince of game birds, the bobwhite quail.

But even in the 1970s, the familiar “bob-WHITE?” whistle was growing more and more rare. It’s one of the reasons I work in conservation—I want my grandkids to know the thrill of a bobwhite call at evening time, and I selfishly want to keep experiencing that thrill for myself.

You can still hear bobwhites today, but you need a bit of luck. Bobwhite numbers in Georgia, where I live, have plummeted by 85 percent since the 1960s from the loss of hedgerows, brush, native grasses, and open pine forests.

In many states, like Georgia’s Department of Natural Resources, there are programs that encourage landowners to restore bobwhite habitat — but they could do much more if they had the resources.

Time is short. Bobwhites join eastern meadowlarks, red-winged blackbirds, and many other once-common birds that are now declining. In fact, our nation has roughly a third fewer birds in our skies than we saw 50 years ago—a loss of three billion individual birds.

And in total, fully one-third of North America’s wildlife species already face some degree of elevated risk for extinction. 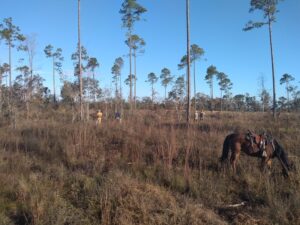 In the midst of this crisis, I’m still optimistic. Here’s why: Republicans and Democrats are working together to support a bill called the Recovering America’s Wildlife Act which would provide $1.3 billion to the state wildlife agencies and $97.5 million to Tribal Nations annually. If passed, it will be the biggest investment in wildlife conservation in decades.

The bill is poised to happen this year. The House bill has more than 166 cosponsors and is ready for a vote on the floor. In the Senate, the bill has 32 cosponsors, with even support from both parties. Georgia’s House of Representatives even passed an urging resolution encouraging Congress to pass this legislation.

The Recovering America’s Wildlife Act will solve a fundamental problem: It is cheaper and more effective to step in early rather than waiting until a species is on the brink, and needs the “emergency room” protections of the Endangered Species Act. This bill will make early action possible.

Every state and territory already has a plan in place that lists the species in trouble and the actions the state could take to help. Twenty-eight states list bobwhite quail. And restoring grasslands for bobwhites will improve soils, prevent erosion, and create habitat for many other struggling species – such as meadowlarks and monarchs.

A century ago, waterfowl, wild turkey, and white-tailed deer were all struggling badly. Today, thanks to consistent funding from hunting licenses and taxes on gear, they are common once again.

The crisis facing wildlife is broader now and has multiple causes. But we know that with consistent funding, and a concerted effort, we can prevent extinctions and keep common species common.

What I like the most about the bill? I think of hunting with my dad and the bobwhites calling. I never want our woods and fields to fall silent. If we all work together, we will see and hear coveys of quail bursting from meadows and pines—and so will future generations.