ABAC students take a break from the books to burn some powder!

We just finished up the first annual ABAC Skeet Shooting Tournament. We did keep score and award a few prizes, but this event was much more about having a little fun while burning some powder and introducing new people to the sport. This tournament was part of our Georgia R3 Initiative and as such, a requirement of entry for shooters was that they had to bring a new shooter with them and shoot in pairs. A total of nine teams (18 students) registered, with the majority being students in the natural resources field. 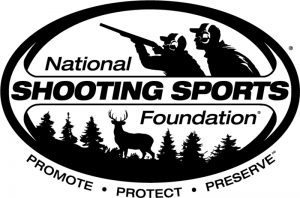 Prior to the tournament, I scheduled a training day for the new shooters to cover the fundamentals of gun safety, skeet shooting tactics, and provide some hands-on instruction. Thanks to support from the National Shooting Sports Foundation and Ervin Industries, firearms and ammunition were provided. Since the majority of these students had never fired a gun before, we spent a pretty good amount of time on safety and positioning before starting them off trying to shoot the low house target from station seven. They were all a little nervous at first, as we all are when trying a new activity, but once they started dusting targets they didn’t want to stop. As they felt more comfortable, I moved them through the other stations and before you know it, they were all shooting a full round of skeet. 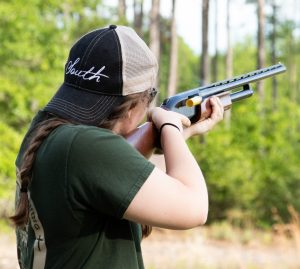 Wednesday, April 17th was the day of the tournament. Once all of the teams arrived, we did a safety briefing, geared up with eye/ear protection, and announced the starting order.  I moved two teams through the stations at a time to keep things flowing and we actually had several of the inexperienced shooters outshoot their experienced partner! There was a tie for the top spot team, which could only mean one thing, SHOOTOUT! Everyone gathered around to watch the top two teams battle it out for first place. The shootout consisted of shooting doubles (both the high and low house) from stations three, four, and five. As they traded shots, the winning team ended up barely edging out the other with two more hits.

This year was a great start to ABAC’s Annual Skeet Tournament and I look forward to growing the event in the future. It provided a fun experience for everyone involved and exposed a lot of interest from the rest of the student body in participating in future years.

My favorite part about this event and the other R3 programs that we have hosted at ABAC is the genuine curiosity from new audiences and seeing many of them invest in hunting and/or shooting. In fact, one of the new participants from our squirrel hunt at the beginning of the semester actually purchased their first shotgun and used it during the tournament; he ended up hitting 15 out of the 25 targets!

About the Author: Parker Gerdes is currently working on his bachelor’s degree in Natural Resource Management with a concentration on Conservation Law Enforcement at Abraham Baldwin Agricultural College (ABAC) and works for the Georgia Wildlife Federation.  As the Campus R3 Coordinator for ABAC, Parker is creating programs to introduce students to hunting and the shooting sports that have never had the opportunity to participate. His position is supported by the National Shooting Sports Foundation.