Hunting, it’s for the birds! 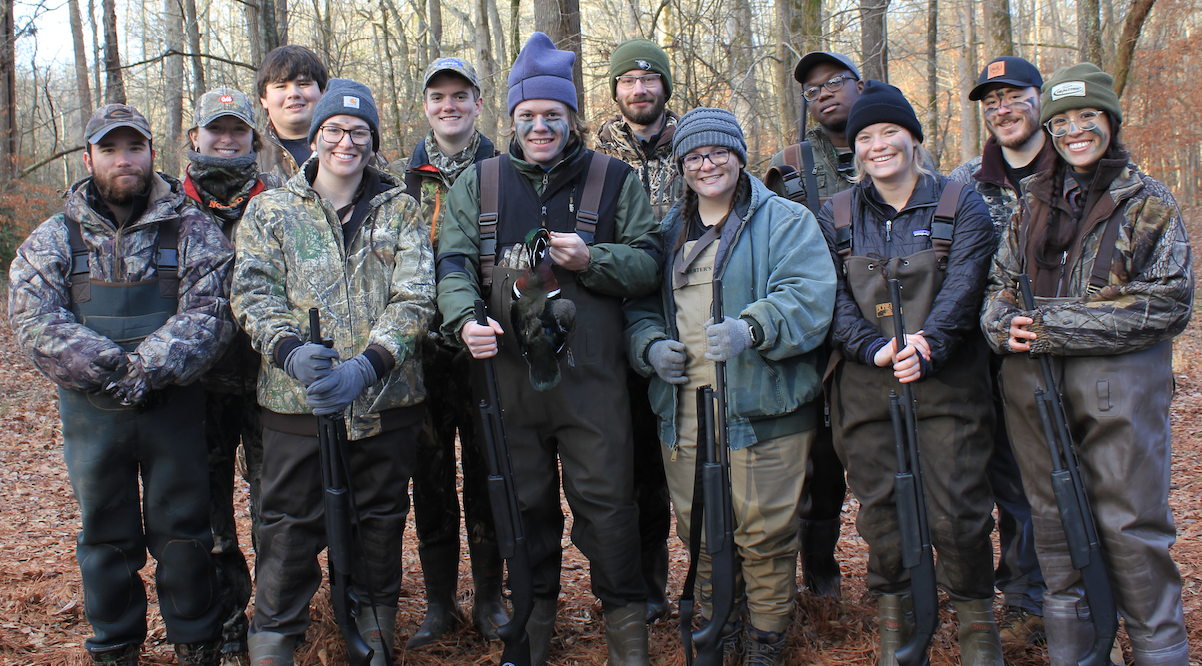 Thanks to support from Delta Waterfowl and National Shooting Sports Foundation, I was able to take nine Warnell School of Forestry and Natural Resources students on their first duck hunt through the Academics Afield program. We always try to provide our participants with a well-rounded experience and the waterfowl program was no different.  We started off with an evening waterfowl biology and hunting strategy class taught by Greg Balkcom (State Waterfowl Biologist, Georgia Department of Natural Resources) and a few days later I took participants to Clybel Shooting Range to provide them with the proper firearms training. On the morning of January 26th, we arrived at a swamp along the Alcovy River, distributed waders, painted some faces, and hit the water. We saw a few different species, got some shots off, and even harvested a duck.

After hearing how much fun everyone had on the trip, I decided I would take those interested back out on a follow-up hunt on the last day of the season. On January 31st, I rounded up five of the participants, loaded up the truck and took off back to the Alcovy. This time, we had a far more eventful hunt. Every single participant was able to attempt to harvest ducks and some even connected! While everyone was overwhelmed with excitement, including me, there was no doubt that the heart and soul of this program was Julia Yearout.

Julia, a third-year wildlife science major, had never been on a hunt before learning about the Academics Afield program. Her father hunted but she had never had a real opportunity to go with him and learn what it is all about. She contacted me the moment she found out I was taking on this position in August of 2019. Finally, this January, her schedule allowed her to participate in one of the programs.

She applied, the deadline passed, and she was selected. I immediately got a text from her that was screaming with excitement after I notified her she was in. I couldn’t have been happier to have her as a participant.

When she arrived at the waterfowl biology class, I handed her a duck call and a hat provided by Delta Waterfowl and she instantly threw on the hat and started blowing the call. Every attempt at a quack was broken up by giggling and snickering! Even though the firearms training was a few days later, I heard from Julia every day leading up to it. This girl could not have been any more excited to be a part of this program. 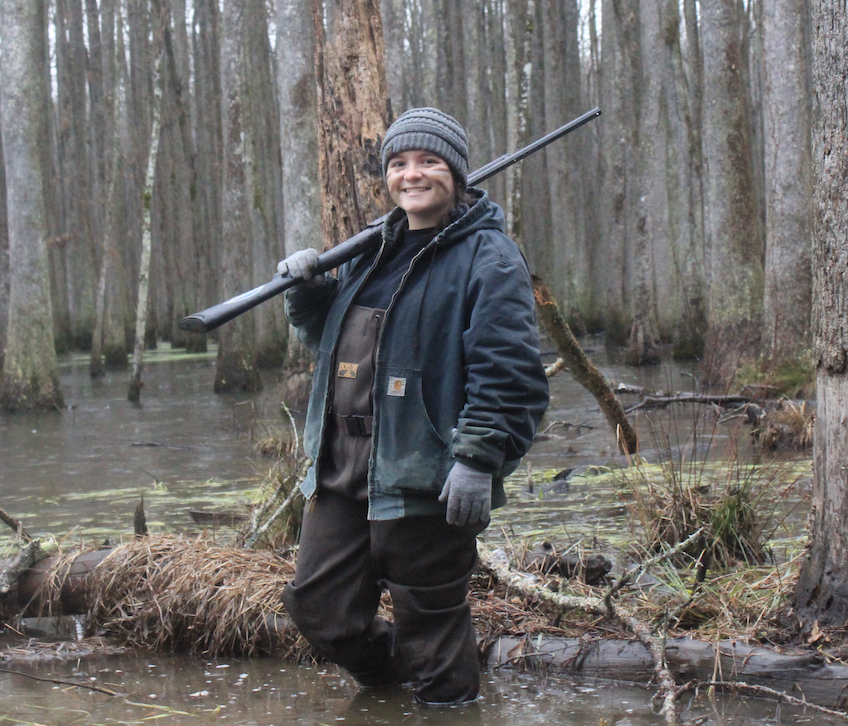 Julia was the first one to shoot in my group and she came up a little shy having never fired a shotgun at a moving target before. After a little coaching she had it down pat and just a few rounds later she busted her first target. She was literally dancing after she finished shooting!

Fast forward a few hours to when I was picking up the crew up at 4:30 AM for the hunt and most faces were bland and tired, but not Julia’s. She was almost shaking she was so anxious to get there. We got her painted up and waders on, paired her with her group, and she was on her way. A duck was harvested in her group, but she didn’t even fire a shot. That didn’t affect her, she was more excited than the guy who harvested it. She came up to me a little bit after the hunt begging to go out again. When I orchestrated the follow-up hunt, she was the first one to sign up.

Same routine as last time, except she was coming in my group for this hunt. A few minutes after sunrise, I noticed a group of wood ducks and two hooded mergansers circling our decoys. I let all the hunters know and about the time they began to land, I told them to shoot. After watching the ducks fly off unharmed, all I could hear was Julia giggling. She finally had the chance to shoot at a duck and was gleaming with excitement. Even after going on two hunts and not being able to harvest a bird, she was still the happiest of everyone there and told me she couldn’t wait to go back out again next season.

This just goes to show you that no matter the outcomes, hunting can be an enjoyable hobby that everyone should try. If you’re an experienced hunter consider taking someone new with you this season. You never know, you might get a Julia in your group!

About the author: Calvin Ellis is currently working on his bachelor’s degree in Wildlife Sciences at the University of Georgia (UGA). He is a Warnell Student Ambassador and is actively involved with the student chapters of The Wildlife Society and National Wild Turkey Federation. As the Georgia Wildlife Federation Academics Afield Coordinator for UGA Calvin is creating programs to introduce students to hunting and the shooting sports that have never had the opportunity to participate. His position is supported by the National Shooting Sports Foundation.